Maithili is not only a language, it is also a source of rich wisdom – Mr. Ajay Kumar Jha 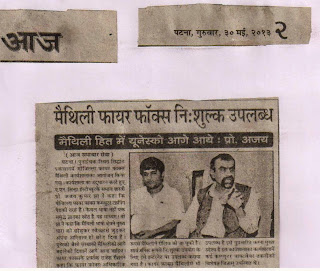 By inaugurating the workshop, Prof. Ajay Kumar Jha told that Firefox is now available in Maithili language and it is a pioneer work. Today computer is like a typing pad. He told that Maithili is not only language but it is a source of rich wisdom. Like the languages Punjabi, Tamil, Nepali, the Maithili language is a language of two countries. He said that Maithili language and zone is a region of harmony among people of different caste and creed. He told that UNESCO like organizations should come to help languages like Maithili. He suggested several points to promote the work done by Maithili community in the field of Maithili Computing led by Rajesh Ranjan, Sangeeta Kumari and Rakesh Roshan. 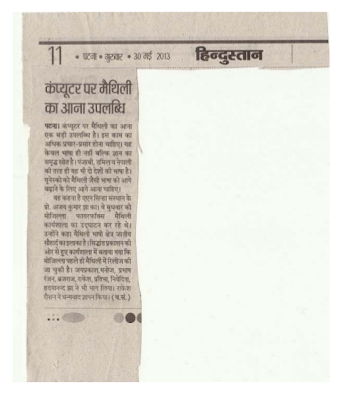 In this workshop, a Firefox Maithili Translathon was also organized to complete the remaining translation of Firefox in Maithili for the latest Firefox. Firefox is already released and available for use freely in Maithili since more than one year. The community discussed about the need of promotion of Firefox Maithili through different media. Though Firefox is available in Maithili language, but lots of people don't know about it. The community discussed with experts about the need of linguistic resources and stressed on the need of developing the style guides, more terminologies for translation. 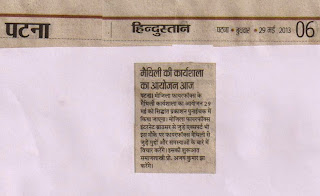 The people present in the workshop stressed on the need of organizing this type of workshop in future as well for Firefox as well as Maithili computer in general. Jay Prakash, Manoj Kumar, Prabhas Kumar, Bajraj kumar, Rakesh Kumar, Pratibha Kumari, Nivedika Kumari and Hirdyanand Jha also participated in the work shop and presented their views. The work shop ended with vote of thanks by Rakesh Roshan.
Posted by संगीता कुमारी at 1:36 pm No comments: